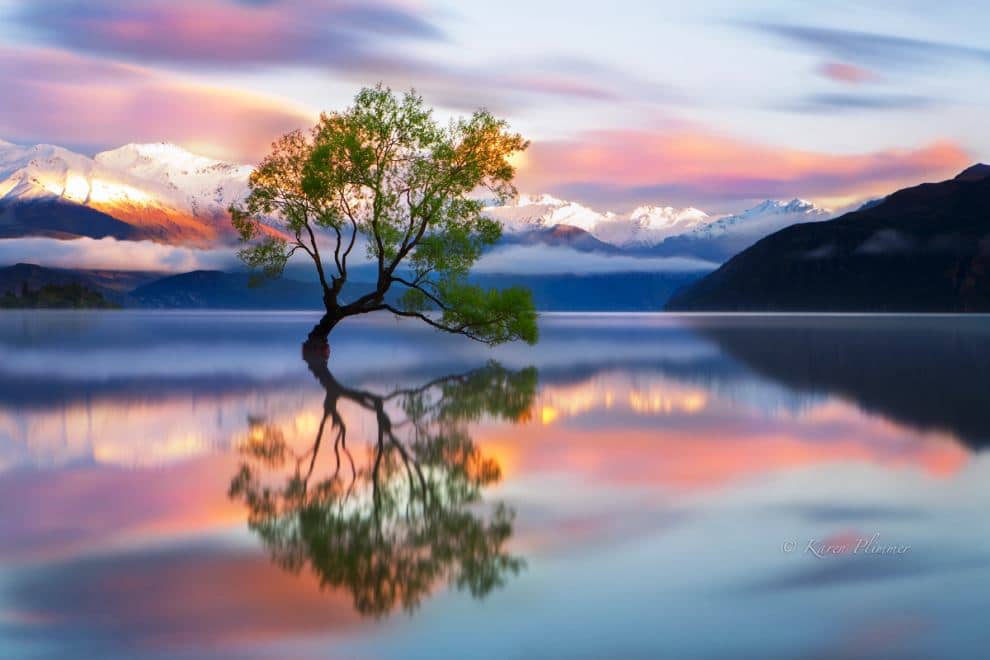 It’s been less than 3 months and a few days after I returned to Europe.
During this period I spent a lot of time in Sicily, I returned to Rome about 3 times, I went to Belgium to visit a dear friend , then to Amsterdam to meet others and finally moved to Berlin.

Of course, maybe I have accustomed you to exotic and more ” unconventional ” destinations, but it’s a good feeling being back in Europe .
And now from here, from my flat in Mitte, drinking a ginger I think about what these  years of backpacking around the world have really taught me.

With a clearer mind and among all comforts of an apartment I call home I tried to find out the 10 most important things that I understood and learned from this long journey lasted 2 and a half years.

Hard to choose between everything was coming up in my mind but, perhaps, these are the aspects I feel the most related to the trip just ended and, mostly, the thing that have influenced, and probably will, my choices, even the future ones. 1# – Traveling on the long term is challenging

Figuring out where to sleep, what and where to eat, how to move from A to B, when, where to go, not speaking the local language and try to make myself understood, giving up the comforts of home and learn how to “fit in” everywhere, feeling down when I was feeling alone and far away from home, not having anyone I could trust with me when on the road, has been a daily challenge.

Traveling is not just about visiting new places and seeing museums, it goes much further!
Of course there are also those touristic moments but definitely they won’t cover most of the time on the road.
The trip is rather characterized by the desire to understand and get lost in the places where you are staying, regardless of the museum or the cathedral (which in the long run they will all look the same).

Not trusting everybody is normal, especially when you are beginning your journey. But it wot take too ling to realize the most of the people you meet will try to help you wherever you are in the world!
Stereotypes exist: Thai men will always reply to you even if they don’t know the answer (and it won’t be funny after a while), Germans love trekking more than Italians (we love the sea and get tanned), the Panamanians are quite grumpy while the Colombians are friendly and approachable and dance lot of salsa, Argentines eat a lot of meat and I could go on indefinitely.

But apart from the stereotypes, over the years traveling addressed the people who have reached out and helped have been countless , those who wanted to rip me off , to the point that a few do not even remember .

Trusting people, being kind and generous pays you back and lets you get into a culture that otherwise you wouldn’t be able to discover.
During my travels in Morocco I have always been hosted by locals, this way I could live a fantastic travel time and a priceless human experience.
Don’t let you put sown by comments caming from other travelers that had bad experiences or, even worse, from someone that has never traveled before.
The truth is that the good guys just outweigh the bad ones!

Traveling in the long term distributes the travel budget on more days and especially enables you to wait for the right offer .

When I was looking for the flight back to Italy from the United States I have been looking for  special offers till I found the price I was the fair one. Had no need to go back soon, but I could have waited a bit more if I had to.

Backpacking in the long term teaches you to give more value to little money you have. As long as you can keep on traveling you will learn how to manage your budget and how to use it.  You know you can’t spend more than a certain amount, the more you spend and how much faster you do it, the sooner you have to go back home ). Traveling on a budget is possibile, sometimes we only have to understand how to do it.

Sleeping in hostels, eating in local restaurants, traveling by public transport, little shopping minimizing the unnecessary, soon will get clear what is worth spending your money on .

4# – Solo travelers are not losers

On several occasions I wrote that there is no problem at all of traveling alone, but I still  get emails from those who believe that traveling alone is just for losers.
No it’s not! And you know why? Because most of the people you meet on your journey is doing the same thing you are doing!
Couples or groups of friends are outnumbered by solo travelers.
Loser is who loser is!

Backpacking makes trips cheaper than an apartment for rent in the city.
During my years of travel I was spending less than I was spending just to pay the rent in London that was £ 650 (in euro correspond to € 767).
At the cost of renting a room in Zone 3 in London I was traveling for a month (including means of transport, sleeping, eating, hiking) ….

6# – From tourist to traveler

This is the big step that takes place after a few months of travels. And the ways in which particular happens is , it reminded me a bit language learning .
Suddenly something changes in your perception and way of live the journey.
You stop, you start being disinterest on monuments but instead you try to find out what characterizes a Country, its people , its history, its culture, all things, let’s face it , when you go aay just for 5 days you can’t find out mainly beacuse you don’t have the time to investigate them.

Travelers just go for the pleasure to know and find out different cultures and way of living.  He is the one that tells you passionate stories or gives you his point of view, he has memories that can’t be find in any travel guide.
Traveling and telling travel stories goes far beyond the opening or closing time of a museum.

7# – You know when it’s time to go back home, and you are happy with it

Travelling involves a departure but also a return.
We all need to go home sooner or later, or at least we all need to stop in a place where we can feel at home.

You simply can not pilgrimage forever. Having a break, even from traveling, is important. Even those who move all the time need to create a base, a place called home.
It’s here where you put in order your ideas, you have the peace and quiet needed to be able to organize the next trip. Stability is essential in the planning of a period, more or less long, unsteady.

8# – You do not have a clear plan, you only have a direction

Travelling for long periods forces you to not have a detailed plan of the whole trip.

It’s literally impossible planning what you will do and where you will be in two months time.
If you plan too much you could lose the beauty and essence of the journey where unexpected and delays will take place and instead, just learn to appreciate them and take the best from them.

It is worth accepting and enjoying the place where you accidentally had to stop, sometimes by mistake sometimes for other reasons. Don’t get upset, maybe there you’ll meet new friends that are worth more than the travel plan you made months before and everything could just change.
For once in your life let the events cary you without necessarily having to keep everything under control.

I have paid and I keep on paying my travels till the last penny.
Can I be honest?
Maybe if I ask to hostels or hotels to host me for free in exchange of a mention in the blog I would get the free acommodation, but the beauty of the trip is working hard for making it real, having the satisfaction to be able to invest your money into something unique.
You will be amused when you’ll realize how good you became in finding places absolutely decent and clean at incredible prices, or how easy you can move from a Country to another one.

But even if cheap, backpacking implies costs, like  insurance, airline tickets, monthly budget, travel costs in general (less than what you’re thinking … but it is still a cost) .

How do you then ? You save money!
lYou don’t buy a new car, you go to pub less than you used to do, instead of buying clothes, you sell them and so on .
And no, it is not a sacrifice at all because you know that every penny saved helps you to achieve one of the most significant and important moment of your life.

10 # – Travelling in the long term is NOT holiday, it is exhausting and tiring

What? Oh Yeah! Of course… I know you’re thinking this but believe me when I tell you that backpacking for long periods without having rest is not always easy nor relaxing .

18 hours, sometimes even more, bus rides, sometimes with too much air conditioning, sometimes without, sometimes on paved roads sometimes not.
Sleeping in hostels, beautiful and fun, but zero privacy, you do not have a closet where to put your clothes, not your own bathroom, not the freedom of staying in pijama all day long.

You can be at -20 degrees, as in Bolivia , where the hiters don’t exist and into the houses is even colder than ouside.

A vacation is a circumscribed period in which you take some time off from work and finally you can relax by the pool or on the beach sipping drinks, you travel by taxi, and there is nothing wrong with it, you spend even more than you would in a week at home .

Backpacking often involves giving up the comforts and high adaptability to everything.

11# BONUS – There is no age for traveling as backpacker

On the bus Amsterdam/Berlin an American lady in her sixties with his backpack on her shoulder approached me asking if the right bus was the one in front of me .

What striked me the most was her enthusiasm not only in her voice or her words but also in her eyes.
The way she was talking about her journey seemed to me like it was the first day traveling, but it was not!
She was chatting with everyone, listening to their stories and recounts hers, asking for advice too, because, a real traveler doesn’t presume to tell you what to do,but instead has the humility to ask you!

There is no age for traveling backpacker .
Even when you decide to go traveling at 60 years there is no age for it.
She had her pension money coming in wvery months, her duty as a mother was done, didn’t have an husband anyome, it was just time to get to know  the world and invested this way the money earned over the years.

A small backpack and the desire to discover. I asked her when she thinks she will get back home.
“I do not know ,” he said, “probably the day I’ll get tired of this and I will be satisfied and plenty of this beautiful world.”
The road still seems to be very long!

Tag: backpacking, round the world, rtw 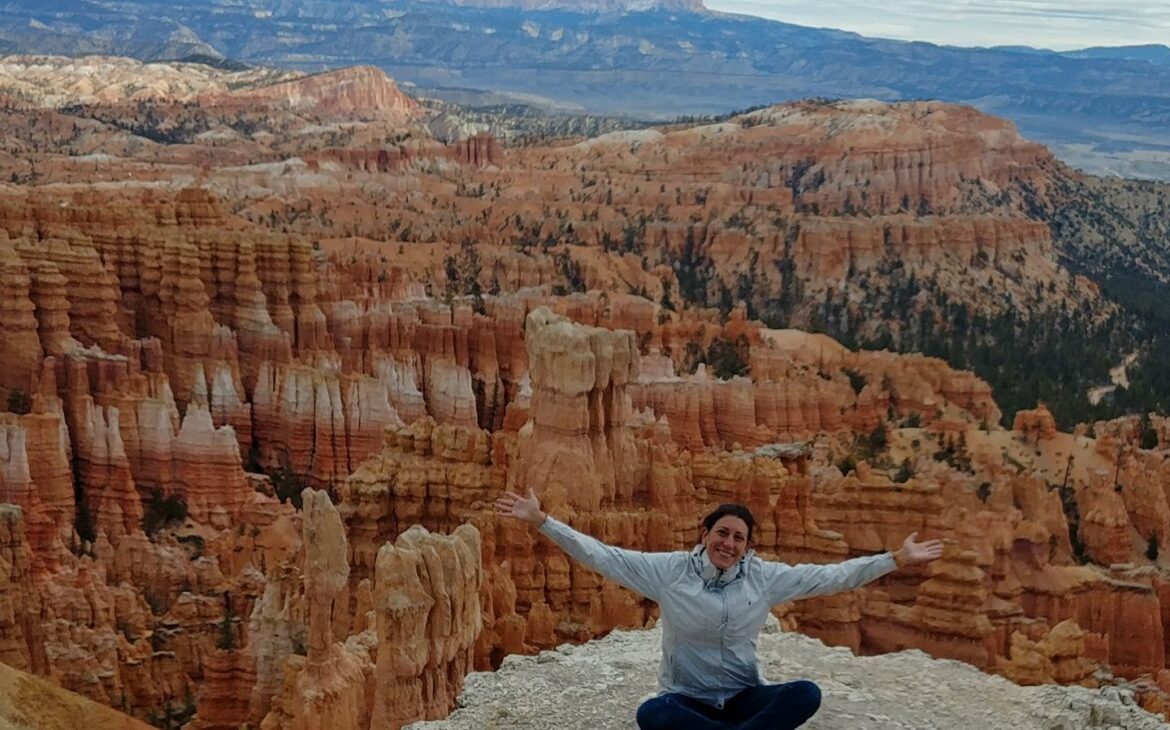